This is the third album from one man French black metal band Sühnopfer.

After 2014’s very enjoyable Offertoire, Hic Regnant Borbonii Manes provides us with 52 minutes of new material that tears into the airwaves with streaks of melodic colour and a frenzied heart of darkness. This is misanthropic, furiously melodic black metal with a Medieval feel and theme, propelled by rage and very aggressive screams. END_OF_DOCUMENT_TOKEN_TO_BE_REPLACED 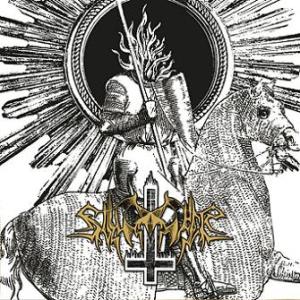 This is the second album from French Black Metallers Sühnopfer.

The vocals sound genuinely unhinged. They consist of high pitched screams that are piercing in a way that demands attention.

The songs are richly written with an emphasis on grandiose melodies and expressive guitars. This is Black Metal that’s absolutely played on its own terms to the beat of an older drum. Well, an older set of blast beats mainly.

The sound of the drums is infectious and the guitars seem to shine like crystal. This gives Offertoire a brightness that stands out, even with the dark core that’s inherent in this style of music.

Recalling melodic late 90’s dark delights from the likes of Setherial or even Satyricon, Sühnopfer rarely let up the pace and it works for them very well.

The band manage to create a medieval quality to these tracks, with the rhythms and leads frequently seeming to be inspired by this era; further enhanced as well by the album cover.

This is an album that hits the right spots and ends up as a very satisfying listen.