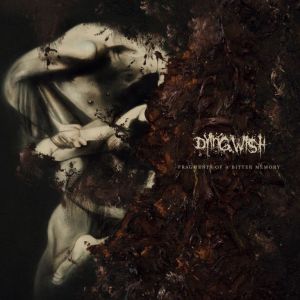 This is the debut album from US metalcore band Dying Wish.

Now this is what I’m talking about. This is right down my alleyway. Here we have a 35-minute album that sounds like it has risen out of the ashes of 00s era NWOAHM. Yep, this is melodic death metal-infused hardcore mayhem the likes of which you don’t tend to hear very much of these days.

Dying Wish take the NWOAHM sound and then update it for a 2021 delivery. Think of a mix of bands like Bleeding Through, Walls of Jericho, and Darkest Hour, and you’ll be on the right lines. The style is one that sounds instantly familiar, yet in Dying Wish’s hands it also sounds surprisingly fresh and fertile. The band’s passion is clear for all to see, and it’s great to hear this sort of music delivered with such energy once again. Despite playing such a well-worn style, the band are talented and skilled enough to have produced a collection of ripping songs that have real staying power.

This is venomous, aggressive stuff. The music is full of spiky riffs and jagged beats, interspersed with serrated speed and piercing screams. The songs are well-written and have plenty of hooks and memorable elements. Dying Wish know how to write a good tune, and the album is filled with them. Thunderously heavy it may be, but it is also remarkably catchy.

The vocalist has a scathing scream that reminds me of the singer of Darkest Hour in the best of ways. She also very occasionally augments her screams with clean singing, which adds an extra emotive layer when they are used, and I like these a lot. Deeper backing vocals also appear here and there, courtesy of the guitarist.

The songs are dark and hostile, yet have an occasional melodic streak that speaks of big things in waiting for the band. Dying Wish write music that manages to combine the scream of the underground with the roar of the stadium crowd.

Nostalgia brought me to Fragments of a Bitter Memory, but the top tier songs and the band’s obvious skill and energy kept me here. Dying Wish have successfully updated a rather tired style, and these songs are fiery and sharp. Don’t miss out on this one.