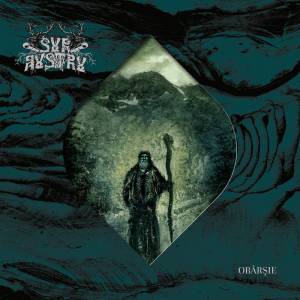 Sur Austru are an atmospheric black/folk metal band from Romania and this is their second album.

2019’s Meteahna Timpurilor was a very enjoyable collection of songs, so I knew I wanted to listen to Obârșie as soon as I could. The band feature ex-members of Negură Bunget, and a current member of Kultika.

Sur Austru’s blend of black metal and folk expands on the strong beginnings of the band’s debut album, adding deeper layers to their music. With generally longer compositions that are wider-ranging and more advanced in their delivery, Sur Austru’s second album is a superlative experience.

Strong songwriting complements a multifaceted and textured approach to crafting music. Black metal is blended with folk elements naturally and easily, resulting in songs that have a lot to offer fans of this style. A variety of non-standard folk instruments pepper the album, enriching the music with their presence. These are mostly well-embedded into the songs, making their inclusion feel natural and unforced. The vocals are varied and well-performed, with everything from deep growling to epic singing being represented.

Mostly the songs are slow-burning growers that reward multiple visits to their exotic shores. The epic songs are rich in melody and atmosphere. The band portray emotion very well, using it to enhance the impact of the music far beyond simple instant gratification. Of which, there is plenty of this to be had too; there’s a surprising amount of catchy and memorable moments here, and some of the melodies and clean vocals are quite arresting.

Obârșie is a very accomplished album from a very talented group. Sur Austru have built on the successes of their debut record and improved their formula for its follow up.