Skies In Motion are very close to unleashing their fiery debut album Life Lessons. Full of emotive power and forceful energy, the songs on this release hit the spot quite nicely if you’re someone with a taste for modern metallic hardcore. I’m listening to it again now, and it’s a bloody hugely infectious listen I must say. You’ve got to check it out.

Without further ado, let’s find out a bit more about what makes this band tick…

Introduce us to Skies in Motion – what are your influences?

We gather a lot of different influences from everywhere. There are a number of bands we’ve listened to over the years such as Architects, Killswitch Engage, While She Sleeps, The Ghost Inside, etc. that I guess have influenced us musically. However, we take a lot of influence from to day-to-day life. We write music when we are at our most vulnerable when things happen to us and we need an escape. That release of emotion is what influences us the most.

The Gospel Youth – Always Lose. Huge Deaf Havana vibe running throughout this, and we love it.
Fit For A King – Deathgrip. Very underrated band, they should be much bigger than they are, and this album is perfect.
Wage War – Deadweight. The production is flawless and it’s by far their best release to date. If you don’t listen already, check them out.
Loathe – The Cold Sun. Completely refreshing and utterly punishing and beautiful throughout. They’re gonna be huge.
Reuben – Racecar Is Racecar Backwards. Massively underrated band, and in our opinion this album was their masterpiece. A lot of people are begging for them to get back together, and we’re definitely in agreement.

Tell us about Life Lessons

Life Lessons is about all the hardships and struggles we come across in life, and not giving up, looking forward to the light at the end of the tunnel. All the issues that are addressed in the album are things we’ve personally dealt with, but we know we aren’t alone and that listeners will be able to relate to a lot of what we talk about.

What are some of the lyrical themes on the album about?

Abandonment, loss, grief, heartbreak, isolation and most importantly finding Hope. Hope runs throughout the whole album, almost as the sort of resolution to all the themes. Things can get bad, but there’s always hope.

Dave has a sort of musical man cave in his house, and we we all would go round and bounce ideas off each other. That’s how the initial songs were born. Lyrically, Adam tends to isolate himself and listen to a ton of different music and see what pours out. This is the best lyrical content he’s written in our opinion. 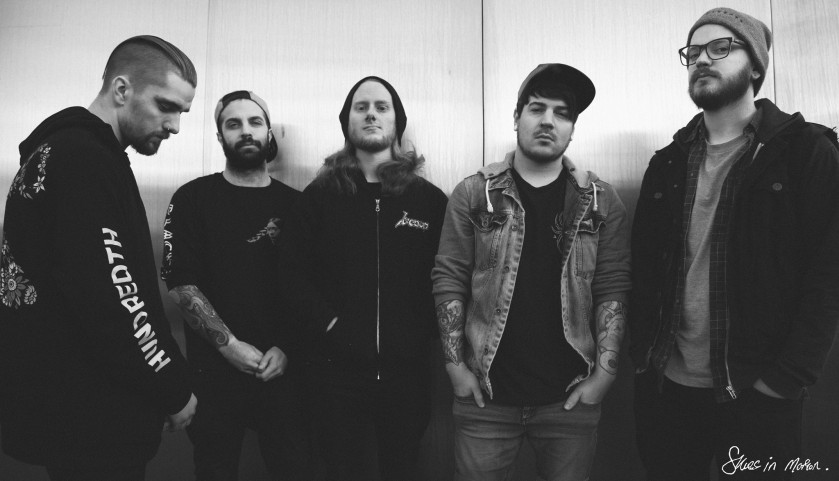 Gonvena. I don’t think any of us can listen to it and not be moved by it. Probably the most emotionally fuelled and impactful song on the album.

How does it feel to have your debut album about to be unleashed on the world?

It feels amazing. We’re ready for the road ahead, 100%. We just want everyone to hear what we’ve created and what we have to offer!

If you had to do it over again, would you change anything?

No, not at all. Everything happens a certain way for a reason, so if this is the path we were supposed to have travelled down, so be it. We’re just excited for the road ahead.

What lessons have you learned from Life Lessons that you will take forward for your next recording?

Mainly to continue to develop and push forwards to do something different than the previous release. The most exciting thing about recording this was writing something that sounded different to the EP, yet still making it sound like us. The next release, we intend to do the same.

How do you think Skies in Motion fit in with the global metal scene in 2017?

I guess we fit into modern metal scene quite well. We have a good hardcore edge, we’re riffy, we have relatable lyrics and hooks and we put on a good live show. I think we’ll slot in nicely, but I don’t think that’s been our aim, we’ve never “tried to fit in” anywhere. We want to write what we enjoy, what relates to us and if other people can enjoy and relate to it, then that’s just swell. 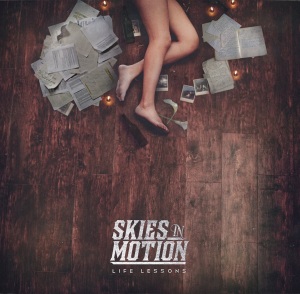 Completely essential. Although the internet is a powerful tool nowadays, nothing beats gaining new fans by performing to them live. It’s the main reason we do this, live shows are what all the hard effort is for, we love of the performance of our music.

Do you have any upcoming shows you want to talk about?

We’re going on a headline run in October to aid the album release, but just before it starts we have a couple of big shows. One is supporting Kingdom Of Giants, Our Hollow Our Home and Create To Inspire in Manchester. The other is supporting In Hearts Wake, Gideon and Silent Screams in Nottingham. We can’t wait for these shows, going to be an incredible start to the tour!

What will you be up to for the rest of the year?

Shows, shows and more shows! And most likely drinking, eating, and recovering from hangovers. And shows.

If we’re playing anywhere near you, come and check us out! Check out the album, it would mean a lot to us. Follow us on Facebook, Twitter and Instagram! Also never eat yellow snow, that’s an important one.