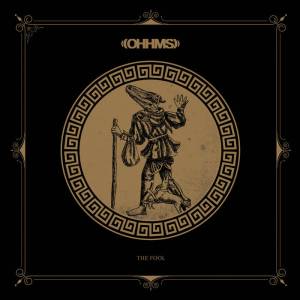 Ohhms are a doom band from the UK and this is their debut album.

Ohhms made a bit of a splash in the doom metal waters with their debut EP Bloom, and now with their first full-length, that splash could become a tsunami.

The Fool essentially picks up the type of material they produced on Bloom and expands on it, developing it and moving onward to even greater heights. Their approach on The Fool has widened their impact, while also increasing their effectiveness. The heavy parts appear to have become even heavier, while the lighter parts appear to have become deeper.

Ohhms play their music heavy, have I mentioned that? Well they do. It’s not all a crushfest though, as the band use light and shade well across the tracks. The fool incorporates progressive metal and post-metal elements into their sound, meaning the songs have a good mix of moods, paces, dynamics and intensities as they unfold.

All of this is used alongside the main intensity of the crushing doom metal that seems to crash against the listener in waves of solid sound. This forms the bulk of the material on this release, but there’s more than enough progressive, psychedelic, sludge and post-metal influences to provide added depth, despite the fact that even without these aspects of their sound they would still have created a compelling album.

The reality of the situation is, of course, that all of these parts of the music are entwined and inseparable. The Fool is what it is, and what it is is an hour of textured heavy music.

I like that each song is different and has its own personality and style. When you listen to something and this is apparent even on the first listen, you know you’re on to a winner.

As for the vocals? The band’s singer has a lot of charisma and presence in his performance. Belting out impassioned vocals that are nicely rough around the edges yet are still capable of the nuance of delivery that the music sometimes requires. He’s not above inserting some soapy clean singing into the proceedings either. This is especially notable on The Lovers, which is a duet with a female singer and reminds me of Grant’s Stand by Time in Malta, (which is a very big complement if you haven’t heard it).

The Fool is an impressive release that has a lot of engaging content on it. Across the album there’s various shades and colours to become enamoured with, and lots of depth and feeling to be had among the colossal riffs.