This is the seventh album from Redemption, a progressive metal band from the US.

2016’s The Art of Loss was a compelling and engaging listen, skilfully weaving together melodic metal with progressive know-how. Well, a couple of years and a change of singer later, and we have a 66 minutes of new material in the shape of Long Night’s Journey into Day.

END_OF_DOCUMENT_TOKEN_TO_BE_REPLACED 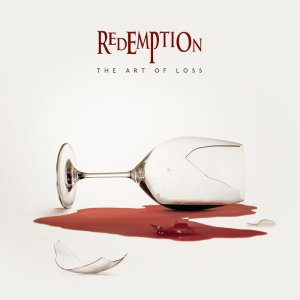 This is the sixth album from US Progressive Metallers Redemption.

Redemption’s Progressive Metal is melodic, song-oriented music that features keyboards, a raft of high-profile guests and a The Who cover. Importantly, it also has some extremely well-composed pieces of music that are Metal enough to have kick and progressive enough to take the listener on a journey.

This album has a very bright, strong sound, allowing the band’s music to shine and stand uninhibited on its own merits. It sounds good.

The band are clearly all well-versed in their chosen instruments, but one of the reasons I like Redemption is that for the most part they don’t let all of the technical, ostentatious playing get in the way of the song itself; this is paramount, more than anything else really. As such, this is an album full of catchy, memorable tunes that have the extra advantage of added depth due to the exploratory avenues that are opened up by virtue of being a Progressive Metal band.

There’s a mix of song-oriented tracks that are largely straightforward Metal songs, combined with a few where the band really let their progressive side shine; this is particularly demonstrated on the final track At Day’s End.

A vocalist with a great range and capable of delivering a sterling performance is required for music like this, and this is what they have.

At 76 minutes in length there’s a lot of music here to absorb, but it’s worth the time as Redemption have created a compelling and engaging listen.