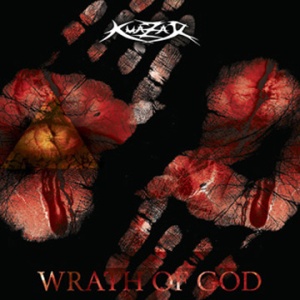 Kuazar are a Thrash Metal band from Paraguay with a good Death Metal influence in their sound; they have the bite and aggression of old-school Kreator mixed in with some old-school Death Metal from the likes of Death.

The important thing here is the songs. The recording may be relatively low-budget compared to some, (but that’s not to say it sounds bad, quite the reverse), but no expense has been spared in the songwriting. Each track has good riffs, tight drumming and a thought for dynamics and structure.

This is an almost-relentless Thrash attack. But not completely. They may be aggressive but they still have some melodic flourishes and solos aplenty, as well as some moments to catch your breath such as Inner Prison.

The vocals for the main part are raspy and full of bile. Mixed with some almost-clean passages and Death growls the singer offers more than might have been expected and overall puts in a very good performance.

This is undeniably a high-quality album. It’s a couple of years old now so I’m hoping they may have something new to unleash on the world soon. To my mind the world can never have enough great Thrash. Highly recommended.