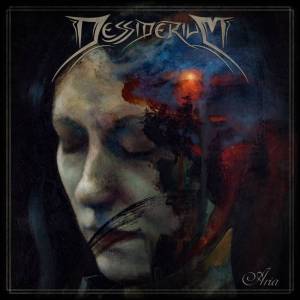 This is the fourth album from Dessiderium, a solo progressive death metal act from the US.

Brought to us by a member of Arkaik and Nullingroots, Aria contains 63 minutes of progressive death metal.

Aria consists of five long and involved tracks, with so much intricate detail and technical shredding that the album is going to be a real draw for tech fans. Having said that though, the songwriting and quality of composition and structuring is such that the music never feels too indulgent. Of course, it is luxuriously indulgent in places, but constructed around such moments are actual songs. The artist behind the band knows what he is doing, and spends a considerable amount of time demonstrating this in no uncertain terms.

These songs are complex and melodic, drawing the listener in with colourful adornments and impressive ostentation. They’re well-crafted and epic, and show a good understanding of the use of emotion and character. This emotive quality is especially important when considering Dessiderium; yes this is a very technically adept work, but this technicality is a mere vehicle for the dark expressive heart that sits at the core of the music.

This is progressive metal that’s expertly layered and built from quality materials, and it gathers momentum and builds mood with ease. Orchestral/keyboard moments enhances these feelings and atmospheres further. Of these elements, I like that they aren’t treated as second-rate when compared to the guitars; they’re treated with the respect they deserve, and reward the listener accordingly.

The vocals are delivered in a combination of emotive cleans and sharply harsh scream-growls. Both are well-performed, but I’m particularly pleased by the cleans; these are usually the weak link in an album like this, but that’s certainly not the case here.

Aria is a very strong album that has impressed with its craftsmanship, creative choices, and deft performances. More than anything though it’s the artist’s understanding of how to write emotionally impactful musical journeys that stands out. If you’re looking for something significant and with depth, then you must check this out.

One thought on “Dessiderium – Aria (Review)”