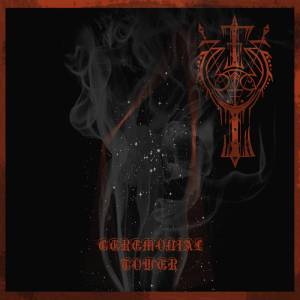 This is the latest EP from Feral Light, a black metal band from the US.

I really liked 202o’s Life Vapor, so felt compelled to listen to what Ceremonial Tower had to offer. Three tracks, 18 minutes; there’s no messing around on this EP, just some quality new music.

Conjoint Lightlessness opens with an aggressive savagery that’s striking, and then proceeds to reveal a variety of post-blackened tricks and licks. The song is a moody explosion of post-blackened darkness that’s peppered with some almost avant-garde melodic enhancements. Relatively subtle these latter elements may be, they’re felt in some of the directions that the guitar leads take. The song’s dark harshness is intoxicating, but this harsher side is tempered against an expression of melodic power that sounds both majestic and menacing.

The second track – and title track – takes this theme and runs with it. Simultaneously atmospheric and threatening, the song is a well-crafted and dense piece of work, as if it’s made out of something that sucks all of the light out of its surroundings. The avant-garde-esque moments are as embedded as they are in the first song, and also get their time to shine in a lighter section near the end.

Cold Ground begins with what sounds like a mangled, mutated Metallica riff, and let me tell you, it turns out that this is no bad thing. However, before you know it Feral Light’s savage aspect takes over and the monstrous aggression at the heart of the band devours everything. There is still room for atmosphere and nuance within this, however, and Cold Ground is yet another strong track, maybe the strongest here.

Ceremonial Tower has not disappointed, and Feral Light seem as potent as ever.