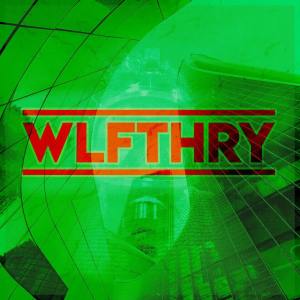 Wolf Theory are an alternative rock band from Italy and this is their debut album.

I’m not sure what it was that made me give Wolf Theory a try, but I’m glad I did. After sampling their songs, there seemed to be enough to warrant a full listen. If you can move past the low-rent album cover, (which did its best to put me off listening to band), then you’re presented with an album that’s clearly benefitted from a lot of quality control in every other department.

So anyway, the music is what’s important. In some ways I’d be happy to describe WLFTHRY as pop rock, if it wasn’t for how awful that makes it sound. It isn’t awful; quite the opposite, in fact. The band play an electronically-enhanced flavour of alternative rock – think along the lines of a band like Device. It has big presence, a bold character, and plenty of confident charisma. This may be a new act, but they’re a fully formed one, (featuring ex-members of Exilia and Mellowtoy), and they know what they’re about.

The songs are well-written and designed to stick in the mind. The album boasts anthemic choruses aplenty, and I can easily imagine this being a massive hit in the live environment in certain circles. The electro elements of the band’s sound are prominent enough to warrant mentioning as a significant part of Wolf Theory’s identity, but without drowning out the fact that at the base level these are kick-ass rock songs that know how to make an impact.

I enjoyed this far more than I initially thought I might. It’s a collection of songs that have staying power and are festooned with hooks. It’s also surprisingly fun, and just energises me and makes me happy to listen to it. It’s also prime non-angry workout playlist material.