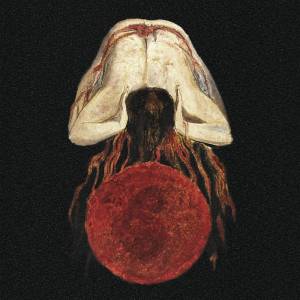 This is the debut album from Pneuma Hagion, a death metal band from the US.

Ugly and heavy, death metal like this feels like it should be able to swallow stars. You can hear influences from both black and doom metal, but mostly you can hear the sound of brutal nightmares forged into music.

Setting Pneuma Hagion apart from other, ostensibly similar acts is the quality of both songwriting and delivery. The former allows the tracks to be well-formed as actual songs, no matter how menacing and apocalyptic they may be, while the latter just infuses them with huge presence and palpable malevolence.

This is raw, underground ferocity supercharged with malignant evil and cast into the lightless void to extinguish all life. Dark melodies seem to seethe and writhe, while the distorted malice of the guitars combine otherworldly brutality with affecting grim atmosphere. The songs writhe and churn with daemonic energies, and the entire album is essentially 27 minutes of utter evil.

From the very first moments of Aeons of Slumber, which explodes out of the speakers with an almost physical crushing darkness, it was clear that Voidgazer was something special. After repeat visits to the bleak Hellish soundscapes contained within this tome, I can safely say that this is definitely the case.

If you’re a fan of bands such as Morbid Angel, Immolation, and Incantation, then this is very definitely for you.