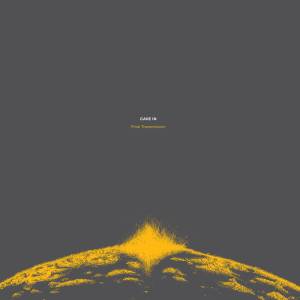 Cave In are a US post-hardcore/rock band and this is their sixth album.

Final Transmission is born out of and shaped by the trauma of catastrophe; the band’s bassist tragically died in a car accident prior to this album being finished. He plays on each song here, however, with the tracks fully completed posthumously. As you can imagine, this is an emotive record, as the remaining band members channel their grief and loss into the album’s songs. With most of the lyrics and vocals completed after the tragedy, you can sometimes feel the pain, raw and bright.

Emotional and fragile, yet also powerful and focused, Final Transmission is an album that takes strength from the band’s past works, using these to help give meaning to the musical direction we find on this album. If you’re familiar with the band’s discography, then imagine a mix of Jupiter and Antenna, (leaning towards the former), while also containing some elements of their more recent work back on the heavier side of things. If not, then think of a combination of space rock, progressive post-rock, and post-hardcore, delivered with emotive verve, songwriting nous, and subtle anthemic appeal.

Even if you knew nothing about the genesis of Final Transmission it would still be an emotive and affecting album. Cave In have always had the ability to write songs that speak to the heart as much as the head, but with this latest release gaining increased emotional weight due to its circumstances, there are some truly touching moments here.