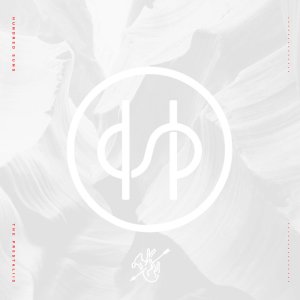 Hundred Suns are an emotive metal band from the US and this is their debut album.

Featuring an ex-member of Every Time I Die and the singer of Normal Jean, it was a complete no-brainer for me to listen to this as soon as I could once I was made aware of it. Thankfully,  I haven’t been disappointed with their very enjoyable brand of modern progressive/alternative metal.

Headed by the distinctive and always-awesome vocals of the singer, this album is a more conventional alternative metal release when compared to both Every Time I Die and Norma Jean’s work. Imagine the more melodic and harmonious parts of Norma Jean and add a modern anthemic metal influence, (Deftones, maybe), and you’ll have a good idea of where Hundred Suns are coming from.

Maybe I shouldn’t be focusing on the singer’s presence so much, but his performance really does drive this album in some ways. That’s not so say that the music is found wanting or slacking off, but I can’t help but feel in the hands of a lesser vocalist this album wouldn’t hit the highs it does. The music is strong and enjoyable in its own right for sure, but the presence of such powerful vocals simply enhances and adds to everything here.

As would be expected from the band’s collective experience, (rounded out by an ex-member of Dead and Divine), the songs are very well-written and from the very first track Hundred Suns show that they have an ear for a good tune. Pretty much every song is catchy and memorable, and there are a wealth of strong verses and singalong choruses spread over the 11 songs.

One of the, (many), things I like about this album is the darkness that sits at its heart. Yes, this is anthemic and full of catchy tunes, but it’s not done in a happy, shiny way. If it was, it would be largely ineffectual and low in emotive impact, I feel. The reality is that this is a highly emotive and engaging release that is powered by the darker side of life, and the desire to push against this and improve the world, even if only in small ways. Of course, small things add up over time to become big things, which is why it’s important that everyone does what they can.

But I digress. The Prestaliis is an extremely strong album, and a very enjoyable one to boot. I’m sure that there are some people out there that will miss the chaotic, spiky side of some of Norma Jean and Every Time I Die’s work, but that’s not what Hundred Suns are about. This is an emotive, song-based album that’s full of anthemic hits that have a darker side. As such, it works a treat and I’ll be listening to this over and over again for many a moon to come.