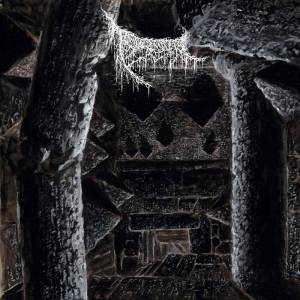 This is US death metal band Triumvir Foul’s second album.

I like Triumvir Foul. I like Triumvir Foul a lot. Their debut release An Oath of Fire and Blood was something quite notable, but then they went and unleashed their monstrous self-titled debut album that was on another level entirely.

Triumvir Foul’s brand of dark, underground death metal is so infused with malevolence and evil it weeps out of every corrupt sound that issues forth from the band. This is truly music that’s drenched in the waters of warped, filthy nastiness.

Although there most certainly are songs on this release, (very good ones), this is not an instant-hit, song-based album. This is something sinister that grows, mutates, and seeps into your very pores as it unfolds. It’s a holistic listening experience to fear and to quake before, while you succumb to its dark charms and the music invades your soul completely. No, this is not something you’d shuffle randomly in a playlist alongside the latest shiny djent band.

This is an album to get to know gradually, over time. It’s wise to limit your exposure initially; slowly getting used to its toxic charms and increasing your immunity to its venomous sheen by not biting off too much at any one point. Spiritual Bloodshed is that lethal.

This album is a dense, unwieldy work that’s certainly not for casual death metal fans. This is for devotees of the underground, for people that like their old-school death metal replete with occult depth and blackened terrorscapes. This is not mere music, this is a crippling, harrowing experience, one which most surely won’t survive.

This is an absolutely vile release, and for fans of this kind of thing that’s just fantastic. For an album like this you want to be fully immersed in the cloying, fetid atmospheres of pure evil, and Spiritual Bloodshed accomplishes this from the very start.

Listen to this. As your mind slowly melts and your sanity erodes, listen to Triumvir Foul. Listen, and become one with the darkness they create.