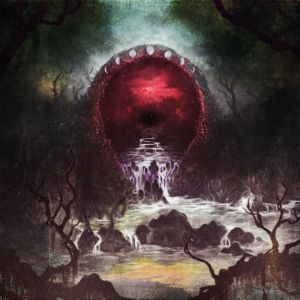 Un are a Doom band from the US. This is their début album.

This is an impressive and ambitious release that takes elements of Doom, Funeral Doom, Sludge and Post-Metal into its miserable embrace and crushes them all into a murky paste.

The Tomb of All Things is slow and deliberately downbeat. Emotive leads and stretched-out melodies enhance the emotive content while the rhythm guitars and tomb-like vocals concentrate on drawing out the depression as much as possible.

Long songs take their time with you as they mould your consciousness into a willing receptacle for their sorrowful melancholy.

It’s not pure Funeral Doom though, as elements of other Doom-esque styles raise their heads, including Post-Metal workouts and Sludgy heaviness, all wrapped up in the funeral dirge of their core sound.

There’s a lot of depth and longevity to this music, which is a testament to the skills of the band members. I find that Funeral Doom can sometimes become a bit lacklustre when an album is too long; Un manage to avoid this though by including the aforementioned other influences in their work, and The Tomb of All Things holds attention well throughout the 53 minutes playing time.

Highly recommended. As dark musical journeys go, this is definitely one to take.