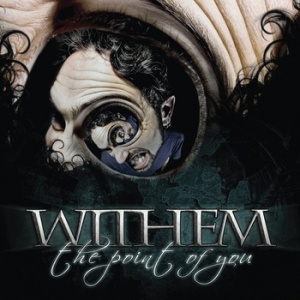 Withem come from Norway. This is their début album of Progressive/Power Metal.

It’s orchestrated, complex and obviously talented. This is melodic and colourful with frequent keyboard ostentation that recalls Pagan’s Mind at their sparkly best.

The songs make an impression with their enthusiasm and passionate Metal delivery. They’re well composed with lots to hold attention and frequent changes/alterations in the musicianship to keep things interesting. They do manage to keep this coherent enough to fashion into songs that have a direction though rather than just sounding like a mishmash of conflicting instruments.

The musicianship cannot be faulted and all instruments have the opportunity to shine. The leads and solos are represented well, as is to be expected with this style; the guitar riffs and rhythms are interesting and changeable; the drums are not just a backbone to the band as they seem to have a life of their own on occasion; the bass isn’t just going through the motions and is an audible enhancement to the tracks; and the keyboards…well they’re simply everywhere but manage to not get in the way at all. None of this would be possible of course if it wasn’t for the strong songwriting.

But what of the vocals? Well, the singer has the kind of voice that soars effortlessly and has no problem at all reaching the higher notes. It’s very fluid and sounds a treat.

This is a remarkable achievement from a band that are still relatively new. With this being their first release it’s an impressive one.

One thought on “Withem – The Point Of You (Review)”