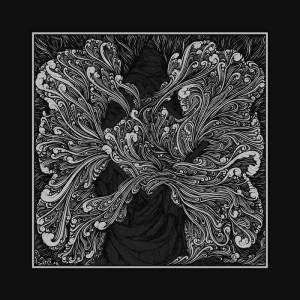 Qoya are a French doom rock/post-punk band and this is their debut album.

Qoya play an unusual form of doom rock with elements of post-metal and post-punk, along with shades of shoegaze and sludge. This has resulted in a dreamy collection of tracks that have a multifaceted heart that’s rich with emotion.

The promo blurb mentions bands such as Cult of Luna, Hangman’s Chair, and The Cure, and these serve as a decent introductory overview of the band’s sound; mix the three together into a song-based whole and you’ll have a rough idea of Yōkai‘s infectious style.

The songs are well-written and splice their influences together well. The music here somehow manages to blur the lines between doom’s downbeat darkness, post-metal’s resplendent colour, and post-punk’s song-focused melancholy.

There’s almost a contradiction at the core of Qoya, as their disparate influences war for supremacy. Is this a pop song? Is it crushing doom? Is it a atmospheric soundscape? The truth is that it isn’t really any of these; not accessible enough to be radio-friendly, not heavy enough to be brutal, and not involved enough to be transportive. What’s left then? Curiously, something greater than the sum of its parts. The near-contradiction never truly materialises due to the band’s skilled delivery and vision. This is music that takes elements from its component parts and uses them to craft songs that are catchy, weighty, and emotive in a way that is definitely not commonplace. Qoya have hit upon something of their own here, and it sounds damn good.

Yōkai is an underground gem with an unexpected and individual outlook. If you ever wanted to know what a danceable, resplendent version of doom rock might sound like, then now’s your chance to find out.

Qoya have impressed. Make sure you check out what Yōkai has to offer.