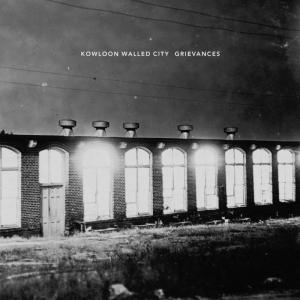 This is the third album from US Sludge Metal band Kowloon Walled City.

As a fan of their previous work, this is one I was looking forward to listening to.

Slowly expanding their Sludge Metal sound over the years to incorporate more elements of Post-Metal/Post-Hardcore, the Kowloon Walled City of 2015 is a lean, hungry beast that produces slow, heavy songs that pulse with an underlying energy.

Like a lot of their album covers, including this new one, their music speaks of an urban minimalism and decay. Haunting melodies and and riffs are covered in a modern veneer that’s showing the age of what lies just underneath. Rather than being a bad thing as one might assume, this allows the band an air of instant authority and gravitas, as if their music is older than it actually is.

The songs explore this broken down landscape with the relentless inevitability of something that knows what it’s going to find so can therefore take its time in getting there.

The vocals have a little less sharpness to them on this release and sound a little smoother, more liquid and malleable in delivery. The singer still has a quirkiness to his delivery though, and if anything this side of his voice is more apparent on Grievances than on previous releases.

Kowloon Walled City have returned with another slab of melancholic, dystopian Doom-Sludge, and I’m all the happier for it.

As the singer shouts out on the title-track – “Celebrate”!