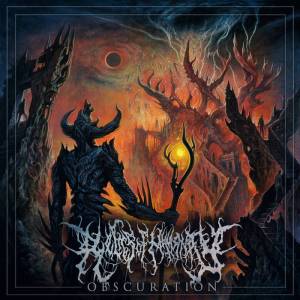 This is the latest EP from Balarus death metallers Relics of Humanity.

The songs are brief and violent, combining ugly blast beats with belligerent groove. Relics of Humanity are clearly interested in producing some of the nastiest, rawest death metal they can. Slick and overly polished this is not. Instead, we get ultra-brutality and blunt force barbarism.

It’s not until the fourth track – Whipping the Cursed – that Relics of Humanity reveal they’re also capable of creating a bit of atmosphere and using some melody in the mid-section of this song. It doesn’t last long, but it shows that the band do have a few additional tricks up their collective sleeves to use when they want to.

The vocals consist of deep growling and pignoise, and the singer sounds inhumanly ferocious. He used to be in Defeated Sanity, so he knows a thing or two about death metal.

No concessions to commercialism, no compromise, no mercy; this is one for fans of the underground.