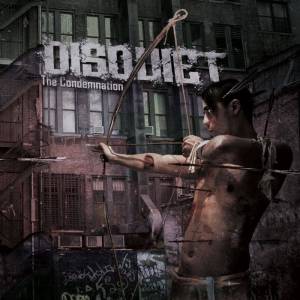 This is the second album from Dutch Melodic Thrash/Death Metal band Disquiet.

Disquiet play a heavy and aggressive brand of Thrash Metal with a nice Death Metal edge to it that means the band keep things dark and intense.

With plenty of jagged riffs and Metal leads, this is an album that it’s easy to feel at home with.

The singer varies his delivery between growls, shouts and what I’ll call almost-sung vocals – they’re almost sung, but not quite. Yeah, yeah, it may not be a very fancy description, but it suffices, and the end result is an added emotive edge to the vocals when there needs to be one without going full-blown into Metalcore-style cleans, for the most part.

I really like the production on this album and the thickness of the guitars. Everything else sounds top-drawer too and overall The Condemnation sounds quite immense.

If this album gets some good exposure I can see it doing very well indeed. It has the right combination of underground brutality and integrity combined with a songwriting skill that should ideally see them reaching a larger audience than a lot of their peers.