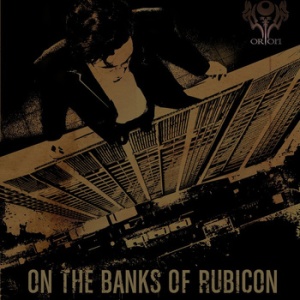 Orion are from India and play Progressive Death Metal. This is their début EP.

If you imagine Opeth with more of a Death Metal slant then you’ll have an idea of what Orion sound like.

The band are adept at the strong melodies and captivating leads but they also know how to take it to its brutal conclusion and unleash their inner beasts.

The vocals consist of deep growling and fine-sounding cleans. The growls are perfectly serviceable but to me it’s the cleans that steal the show here. They soar effortlessly and have a tone to them that’s quite refreshing.

The band know how to play and bend their talents into creating Progressive songs that yearn to tell a story as much as they ache to set fire to things. The guitar work is enticing and the combination of aggressive music and more considered approaches makes for an enjoyable and satisfying listen.

Each of these songs is Metal to the core and the winding leads, forthright riffing and Progressive tendencies mean that this is an EP worthy of respect. There are lots of good ideas and interesting riffs here and the band produce enough variety within their self-imposed template that these 4 tracks just fly by.

Having been around since 2008 with only this and a demo to show for it, they may not be the most prolific band but let’s hope that changes soon.

Definitely ones to watch.