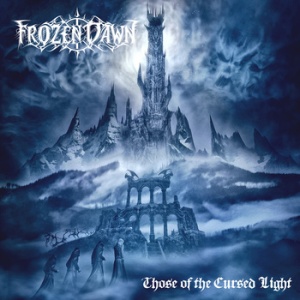 Frozen Dawn are a Spanish Black Metal band with a penchant for all things Swedish.

The band are influenced by bands such as Watain, Naglfar and Dissection, and as such the guitars are scything and icy, with the vocals as sharp as a barb and a solid rhythmic underpinning.

Frozen Dawn have a good grasp of melodics and the tunes melt through the hands like thawing snow.

A lot of these songs are surprisingly catchy; tracks like Blackened March have infections guitar riffs and Blackened grooves to die for. This is a theme repeated throughout the 53 minutes of this enjoyable album.

The band ably create the atmosphere of a Blackened winter’s day, with ice crystals as far as the horizon.

A good album, and recommended. Give them a listen.