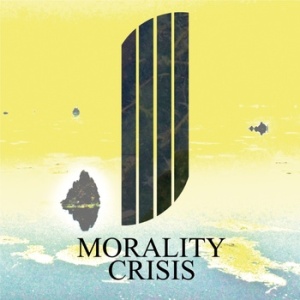 Let’s face it – any band that has a song named Enormous Fucking Death Ass Knife are going to be brilliant. It’s inevitable. This also happens to be the first song on this rather excellent release – slow and sludgy and so ridiculously catchy you’ll find it buzzing around your head like a slow-motion chainsaw as you try to get to sleep at night.

Second track Lumberjane is a bit more upbeat, with a bit of a Mastodon vibe going on, only dirtier. Filth-ridden sludge is the main order of the day, but with a side salad of calm consideration and reflection which allows the band to show off the fact that they’re not just all about the bludgeoning and distortion, but can also do other shades of grim. Some nice progressive elements to this song too. And blastbeats.

Naptaker starts off with some guttural vocals winding its way to some nice Mike Patton-esque croaking and hardcore shouting. Overall the vocals on this release are diverse and accomplished, yet layered in so much grime and muck that it’s hard to focus on how good they are when they’re raping your face and stripping your ears raw. Same goes for the music really.

By track four Gary Plays With Fire I’m well and truly in love with this band. Essentially a short, crusty hardcore song with a twist – it hits the spot.

Next song Touched by an Adult cements the level of quality of the band in my mind. I find that the best albums are the ones that have enough presence to catch your attention but enough depth to keep it. Morality Crisis play a sort of highly-inventive sludge/hardcore mix that has a lot going on and more ideas in one song than a lot of bands manage in an album. And they have a wonderfully filthy sound – have I mentioned that yet? They may be from the US but they sound more like they should be from the UK with a sound that would sit perfectly alongside the best of the dirty, filthy, sludgy UK underground Metal scene past and present, (Raging Speedhorn, The Atrocity Exhibit, Extreme Noise Terror, Corrupt Moral Altar, Charger, etc).

Anxiety Rifle, (another great song title), starts off like a Converge song with Death grunts and proceeds to batter everything around it before dropping into such a nice groove that it’s all I can do to stop myself from dancing on the table.

By the time the final song Electric Friends rolls to a close I am a happy camper.

So many bands seem content to sound like their heroes, thus ensuring that bands like Morality Crisis are so needed. They take their heroes, mash them up in a bin and parade them in front of their loved ones before beating and eating them to absorb their essence. To sum up – this is special music that deserves to be discovered by any and every filth-loving sludge fan out there.