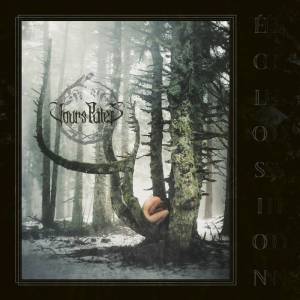 This is the debut album from French post-black metallers Jours Pâles.

Jours Pâles have an interesting and in some ways non-standard sound. Not because they’re especially avant-garde or experimental, but because of the way that they combine a few different ingredients from different musical brews into something of their own making.

Éclosion is a sort of post-blackened melting pot of atmospheric and depressive black metal, along with some pinches of a couple of other styles – some thrash and blackgaze, for example. This is all skilfully stirred together with rich emotion and mournful melody. There’s then also a post-punk feeling that seems to have seeped into some of the tracks that helps to make them extremely moreish and enjoyable.

The songs are well-written, with their primary focus being the portrayal of despondency and sorrow. Although Jours Pâles certainly have an aggressive side, this is largely there for when the negative emotions turn to raging sadness and anger. The band use melody well, layering it into their music so that it performs a vital function in the songs, but without it ever becoming overwhelming. The songs make clever use of the interplay between engaging melodies, rhythmic riffs, and the vocals, with all performances frequently coming together to deliver something greater than the sum of their individual parts.

The textured end result of the band’s songcraft is crowned by their singer, who delivers a sterling performance that ranges from mainly anguished screams to feeling-imbued clean singing, (and more besides).

Jours Pâles have produced a strangely affecting album that has more emotional resonance and presence than is the norm for something that ultimately exists in the black metal sphere. The intelligent application of a few different influences, applied in emotive, well-developed ways, has made for an extremely enjoyable and quite special album.