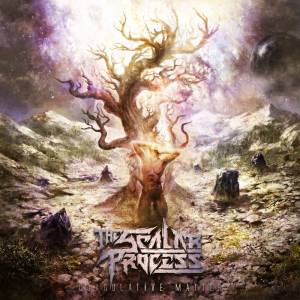 The Scalar Process are a technical death metal band from France and this is their debut album.

When a band is described as for fans of Coexistence, The Zenith Passage, Beyond Creation, Necrophagist, The Faceless, Hateful, Archspire, Cynic, and Inferi, and when words such as technical, melodic, and progressive are bandied around with reference to its brand of death metal, why wouldn’t you want to at least try it on for size? Well, I certainly wanted to, and it turns out that it fits very well indeed.

The recommended bands above are accurate, and The Scalar Process come across as a mix of all of them, as well as other bands such as Inanimate Existence, Vale of Pnath, and Irreversible Mechanism. The end result is a very engaging 50 minutes of colourful, textured modern death metal.

The Scalar Process offer up a confident display of technicality, one that’s delivered with melodic bite and progressive flourish. The latter two elements of the band’s sound allow the music to be shaped into songs that hit the spot well, rather than simply being collections of thrown together riffs and technical wizardry. It’s testament to the band’s songwriting skills that their music is imbued with feeling and depth, and that the tracks are as effective as they are.

The album boasts a range of different textures, paces, and dynamics, from all-out blasting hostility to soft, reflective ambience. The band’s complex, intricate approach is smoothed out by their strong melodic tendencies, allowing for the creation of music that’s more accessible than that of some bands that operate in the crowded tech death arenas. Add to this the progressive influences which channel whole sections of songs into expansive atmospheric workouts, and you have an album that is easy to listen to and become absorbed in.

Coagulative Matter is an impressive debut album from a band that clearly know how to deliver modern tech death. It’s a very enjoyable release that should hopefully set The Scalar Process up for even greater achievements in the future.