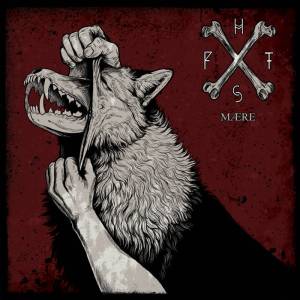 This is the fifth album from Austrian post-black metallers Harakiri for the Sky.

I always enjoy a new Harakiri for the Sky record. Both 2016’s III: Trauma and 2018’s Arson were first-rate albums from a first-rate band, and Mӕre is no different.

Harakiri for the Sky’s music continues the style developed on previous works, that of melodic black metal infused with post-rock, shoegaze, and atmospheric elements. Be warned – it’s a long album. In fact, each Harakiri for the Sky album is longer than the last, and this new one clocks in at a whopping 85 minutes, (including the final song, which is a Placebo cover).

As always, the music is well-written and structured. The songs drip with expressive emotion and are filled with atmosphere and feeling. The songs each have their own strengths and character, and despite sharing a similar framework all are identifiable as their own unique creations. Although the songs are catchy, memorable, and full of hooks, these are frequently subtle in nature, and require additional time for them to really work their magic. The strengths of the album are obvious upon first visit to its striking shores, but it’s on repeat visits that its multitude of charms really make themselves available.

Melody, atmosphere, and emotion come together very well across Mӕre. The songs are evocative and effective, using the band’s post-blackened template to deliver the sort of songs that are capable of directly accessing the listener’s feelings, and manipulating them accordingly. Harakiri for the Sky know how to get to the heart of the matter, so to speak. Mӕre strikes me as a more dynamic and varied release in some regards too, and explores a few different creative ideas here and there, (which helps hold the listener’s attention during the album’s colossal running time).

As for the vocals, I’ve always really liked the singer of Harakiri for the Sky. Not only does he have a very strong, individual voice for this sort of music, but his rhythmic delivery and vocal patterns always stand out. His voice sits somewhere between a scream and a shout, and on Mӕre he once again gives a sterling performance. It is easily apparent as to why he’s just better than your average post-black metal vocalist. Two guests appear on Mӕre as well; the singers of Alcest and Gaerea both make appearances, adding their own powerful voices to Harakiri for the Sky’s music.

Mӕre is Harakiri for the Sky’s strongest album yet. It may be lengthy, but the potency of its content cannot be denied.

2 thoughts on “Harakiri for the Sky – Mӕre (Review)”