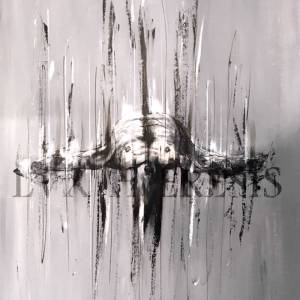 This is the debut album from Lvx Haeresis, a Swiss black metal band.

This is ritualistic, occult black metal that takes influence from such bands as Ondskapt, Schammasch, and Funeral Mist to craft music that takes the listener on a blackened journey to sights foul and unclean.

This is an album that has such immediate presence that you almost want to take a step back from the speakers. The band’s sound is formidable, with a malignant sense of menace and threat being palpably exuded by the music.

Grim auras, atmospheric compositions, and dark melodies all contribute to the striking impression that the band make. There’s also a certain rhythmic dynamism to some of the music that forces you to sit up and take notice, as if the overall bearing and stature of the songs wasn’t enough to do this alone.

These tracks eschew the more blatant, obvious trappings of some of the more instant-appeal black metal and instead favour a more malevolent and unsettling approach. The band craft aural experiences that totally absorb and captivate the listener, as well as harrow and terrify them into submission. This is an album of ritualistic horrorscapes that you know you should turn away from, but you just can’t, so compelling are they.

A lot of the material here is slow to mid-paced, allowing the band to carefully build dark atmospheres with care and passion. All of the while that they do this though, they still manage to keep a sense of power and strength in everything they do. Even when the music is at its most subtle or nuanced, there’s no letting down the guard, no letting anyone get close; in their musical domain Lvx Haeresis are very much the masters, and anyone coming into contact with their music instantly knows this through sheer force of the band’s will and commanding proximity.

Everything here is strictly and tightly controlled, with nothing left to chance or overlooked. When the band do let their faster side show in the music, there’s still very much an iron grip on the leash, so this violence is specific, focused, and targeted for maximum impact.

Descensŭs Spīrĭtŭs is an extremely accomplished and well-realised collection of songs, especially for a debut album. The band have made a huge impact on me with this release, and lets hope that it doesn’t go overlooked by the wider black metal community, as this is such a high-quality release it would be tragic if it went largely unnoticed.

Essential listening for any fan of blackened extreme music.